Oman and its wonders 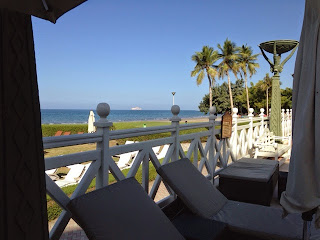 Do you know that every time I come to Oman I get stunned with its beauty, serenity and quietness; with its white washed buildings that rise not that high to obscure the vast land behind it and not that low to show bareness. 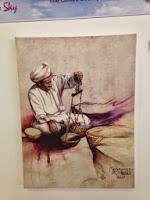 It's people still wear the traditional cloths and its beaches are open to the public to do their yoga, exercise, jogging, or fishing. 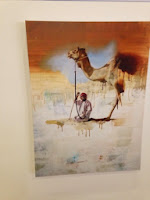 Today I had a little bit of time before going to the airport so I decided to have my coffee on Shati alqurum! I thought I will be on my own as its too early on a friday morning, but when I reached there the cafe was crowded and the children were playing with the sand on the beach. 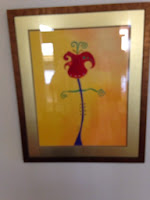 There was a guy flying his troll and many walking their dogs. The easy life here is something to reminisce upon as its different to any country I had been to and since I have been commuting to Oman for 14 years I yet to see change in behavior due to advancement in technology and otherwise. 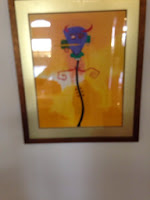 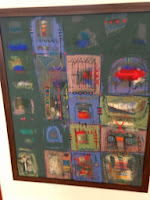 The people remained the same despite being so technologically advanced;  many of the people that I met in my first years are still around and still look the same as the ease of life didn't make them age the same as their counterparts in Dubai. Of course there are more cafes and more shops than 14 years ago but nothing that will alter or disturb the kindness and the sincerity of its people.


To my utter disgust is to see the rubbish of the people in the streets and thrown from the windows ofThe airport for example had more rubbish on its pavements than travellers so I looked around and didn't see rubbish cans, maybe that's a good solution for reducing the amount of rubbish discarded in the streets. their cars. 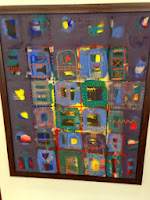 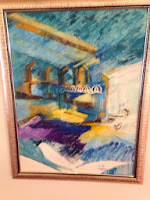 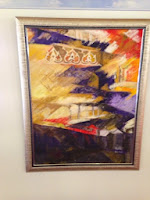 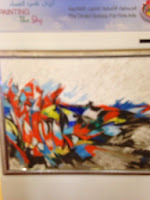 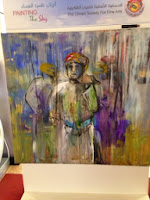 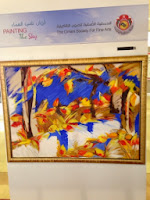 At the airport it took me few minutes to finish the formalities and when I went to the gates I saw a gallery in the sky. Amazing work by amazing Omani artists. Here are some pictures of that art.

Posted by suad alhalwachi at 16:59