I am not sure why a considerable period of my life was spent mainly working, even the holidays that I presumably take have an element of work quilted on them due to the presence of you know what, and you know who, and I don't need to add more reasons.

One thing I really miss is taking those road trips that we did a lot of while living in New Zealand. I still remember my second day, we just woke up, and our friends were at the motel door with other five or six cars, asking us to be ready to go on a road trip. Of course I had to drive, my husband at that time was still unsure whether he will be able to drive on the right side of the road, and you know me, I took the car keys, stuffed any food that we had and drove off. The magic scenes, the beaches, and the greenery were breathtaking. Of course being amongst over 25 children, who have to stop for the bathroom, or a run or anything silly like, there is a bee in the car (that is my little one of course, few nights ago she woke me from my precious sleep saying that a bee is attacking her, how funny is that?) so we all take those chances to take the coffee and the tea out, have some biscuits, and walk a bit to see the various species of shrubs and how on earth does the greenery is one meter away from the shores? Anyway we reached our destination, it was a waterfall in a little town called Whangarie (everyone used to spell it as wa, it turned out to be a ph) to get to the water falls one needs to walk downhill and once you are down, the water fall is a magnificent water fall that you can smell, it is sort of mixed with the smell of the lavenders and other plants and herbs that grew in that area.

I took the kids for a walk around the little forest, at first we were edgy, a while later we were jumping hoops, and discovering things. Of course you could be stepping in some mud, and as we were not prepared, I allowed the kids to swim in the cold water lake, and they all did, the adults of the road trip party were not very happy about my suggestions, and I was sure that deep in their mind they wanted to remove my name off the list. Due to my jokes and stories, they couldn't do that of course. About these jokes, at first the women were not as lively as they should be when they hear them, on the second trip a hint of a smile was on their faces, by the fourth trip, they were asking me for more jokes? I resented this of course as I was not the only joker in the group; however more jokes came their way.

Then on, my friend Salwa would call on the Friday to see if we are preparing for a road trip? It became a habit, were we would just take the kids and make them breath fresh air, play football, swim in the beaches, or just walk in parks, bush, or river tracks. The men will of course be sitting waiting for us to prepare the food, and discussing politics? I wondered at times, why we the women do not discuss politics. Not sure? Are we not politically minded enough?

Anyway, one day during one of the road trips, we stayed at a new motel, it was like the sheets had just came out of the packets, the paint was fresh and everything about this motel was nice, except a tiny detail that we have omitted, the town was so small that it literally takes you 3 seconds to go around it. So that night we cooked and baked at the motel, gathered and played cards and other board games. I happen to talk to the owner of the motel, and she asked us what we were thinking of doing? I said the kids want to see cows and sheep farms. She said, oh my brother has a farm (did that sound like o McDonald has a farm?) and an orchard, and that she will ask him if he will take us there so the kids can see what they liked. Early morning we were all ready prior to the appointment, and drove behind the motel owner to the farm. Once we reached there the sheer size baffled all of us, something like 350 hectares???? And guess what? The owner was under a truck trying to repair it? When he came out to greet us he hurt his forehead so the blood was dripping and he didn't even care about it. To make a long story short the kids watched every step of running a farm, including birth of little cows, milking and artificial insemination! Yes they know now how a cow becomes pregnant, get the picture!

The end of this farm visit was to the kiwi and avocado orchard, the owner told us that it is end of the season so the kids are welcome to pick some kiwis and avocado. I tell you, it was a great experience, the kids didn't only pick kiwis they also ate them. If you know about kiwis you will laugh as one cannot eat them straight away, they need to be stored. This we found out the next day when we met the owner in another city, and he laughed while asking us if the kids enjoyed the raw kiwis? We said great they loved it, and then he explained, so to put it plainly, we were the talk of the town for days and months to come.

So on this trip of mine, the girls and I decided to do another road trip, great it was and instead of it being one day we stayed for three days, we stopped at every orchard, bought fruits, tried the local homemade ice creams and the fresh farm smoothies. One feels young afterwards, so when the friends that we stayed with in Christchurch suggested a trip to broken river caves, we jumped on the opportunity to try out something different. The tea and coffee we had inside the cave, and the girls falling in the cold water was so much fun. 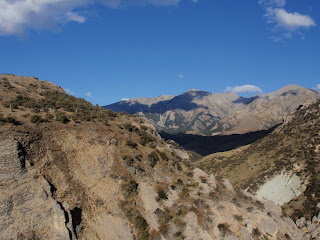 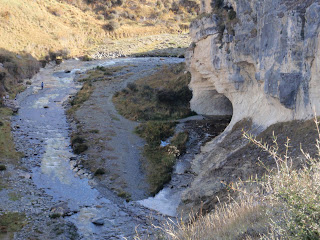 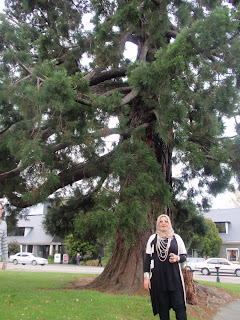 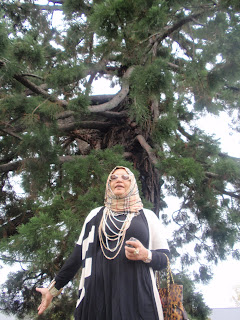 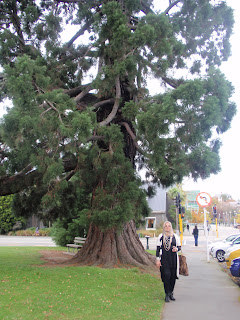 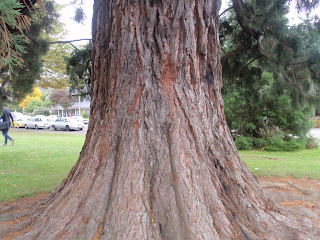 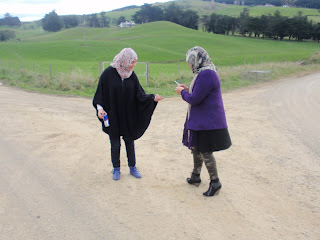 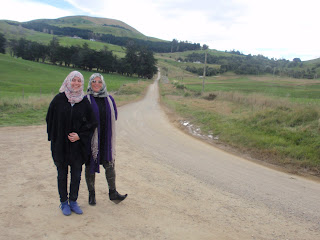 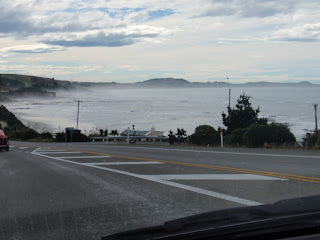 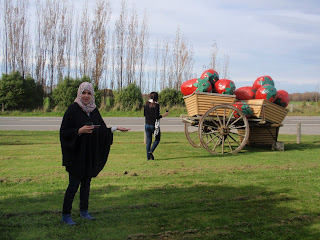 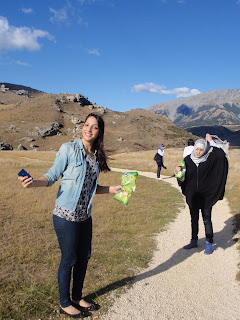 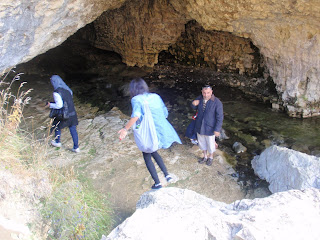 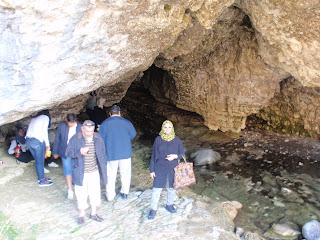 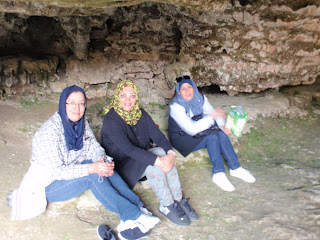 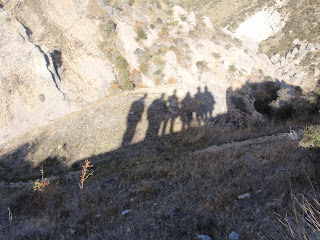 Now I am back, and reminiscing on these memories, so I would like you to check out the photos. Hope you can imagine the trip and its beauty.
Posted by suad alhalwachi at 20:45