Memories of 32 years ago

I didn't visit Iraq since my engagement party in 1980, which went really well by the way, and since then the country went through two wars and changed governments and was under American occupation for few years. Basically there is no evident change except decayed buildings, people with rotten minds, corruption, dirt everywhere and check points every 5 kilometers (due to the many suicide bombers who think that they will go to heaven and have dinner with the prophet if they kill some Shea people). The country had suffered a lot, and the new government is trying hard to make it a better place for people to live in, but the fear of the return of the old regime and most importantly fear of losing the freedom of speech that is now open to everyone to say what they think is very obvious.
My problem though is not with the new government, my problem is how to make the people believe that they can effect change? The country has lots of potential, and everyone is talking about this potential; however they damage is so huge to the extent that there is no one place to start. I was talking to some friends, and suggested that they should make a miniature of the current Iraq and look at it as if through satellite, and then decide what needs to be done, and how to do it. For example, they need electricity, internet, fiber optics, better food processing, more industries, quality control, better hotels, better restaurants, better petrol pumps, better roads, better housing, and more over better finishing to the new houses, better supermarkets, garments industry, confectionery industry, schools, colleges, language schools, health system, newspapers, magazines, technology, you name it and they need it.
The country was so deprived during the old regime, but at the same time have a lot of natural resources, in actual fact Iraq can be self sufficient as they have it all. Oil, minerals, plantations, rice, fruits, vegetables, textile, wool, animal and animal husbandry, historical sites, religious tourism, art, music, and many other interesting resources are plentiful, also the brain drain need to be reversed. Their problem though is that the previous regime’s mistakes have put them into huge debts, and having to refund money to the neighboring gulf countries for the damage that happened to them is a burden the country cannot bear. To my simple mind, the mistakes of the previous regime should not be borne by the people or the present government, as the two wars were in actual fact instigated by USA, and this is proven by many CIA people who left their jobs, so to make the people of Iraq and the new government of Iraq liable is something synonym to stealing money from a poor man.
I think the neighboring countries should also stop sending suicide bombers, and let the different sects live together in harmony and rebuild Iraq so it become the real Iraq that is rich and prospering. I would love to come back and do a proper touristic visit, but having to stay in a -500star hotel is not my cup of tea, and having to eat breakfast in the dirty alleys, is not something of high hygiene standards and should actually be stopped by WHO. The government needs to have proper checks and balances in place, to help build not to hinder it, and all the religious parties around here should stand together and do a united Iraq. I would hate to see Iraq turn into a battle field again, it is high time that the Iraqi people get what they aspire for, and are able to live well in their own country rather than be humiliated for visas and what not in other countries. Also I would suggest that we send a team of psychiatrist to repair the minds, as every Iraqi is scared of something. The kids that I talked to are scared of not seeing bananas again!! What a life!!
Some photos to show you the various troubles. 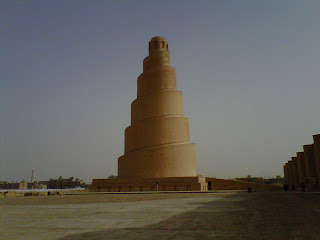 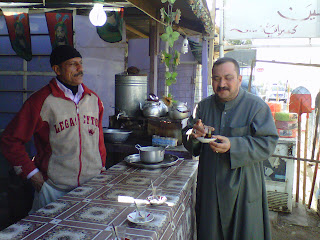 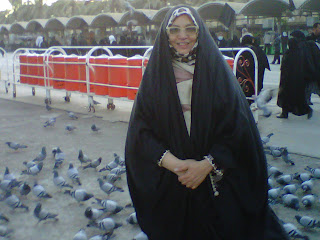 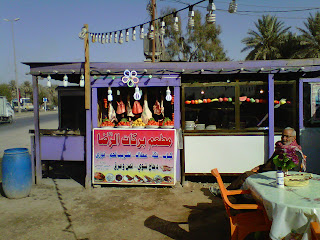 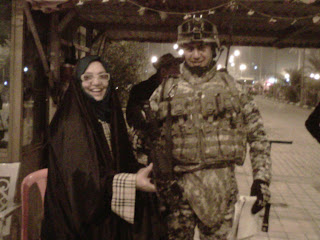 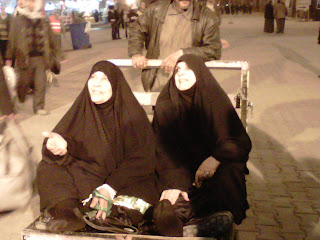 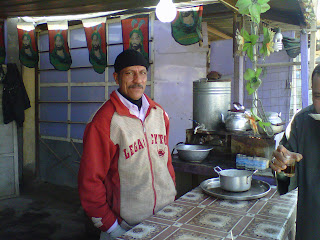 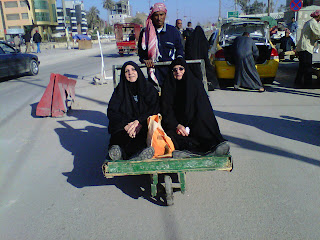 Posted by suad alhalwachi at 01:57