If you look into the history of art and artists, you may find the stereotype of various artists who did all sorts of things and behaved in such ways that may interest you or repel you from art itself, from those that spent their time in ghettos to those that drank and used drugs, those that cut their ears and noses, those that are known to the public by the mere glance at the piece of art they left to the world to admire, those that were troubled inside and outside and became the talk of their time; all we need is to sift through the art history to see what lied beneath.

On a bright side though, art is a very interesting subject, people may live their whole life without noticing that portrait on the wall, never visit a museum or an art gallery and never think of acquiring an art piece, on the other hand you will find the art fanatics that will be present in all the openings of galleries around the world and will be feeling mere pleasure to witness that new art piece created by a new or an established artist.  It may not matter to some of these art patronage if the artist is new, or that he or she can grow and his or her paintings will be the subject of discussion in the various art talks that take place around the world, and that is all that matters to them. Furthermore, some will buy art as an investment similar to buying stocks or bonds, and will keep it as part of their inheritance to be admired by all.

I am currently working on an art project in Bahrain as we speak, and have gathered a group of sincere women who are interested in supporting my movement and who are working with the speed of light to gather the largest number of artists to be in one coffee table book that will soon be published.  The project is drawing interest from various art patronage, artists and members of the public as it hasn't been done before, and it will hopefully be my first book in a series of books about my country (Bahrain).

The first person we contacted is Abbas Almosawi, at that point he was simply known to me because I knew his sister, however, the two meetings that I had with him, I found out that he is not just an artist, he is a visionary, and his work that started since the late 70's early 80's is a living proof of what he believed in.  He didn't only paint, he orchestrated the millennium celebration with 2000 paintings by various artists about peace, he painted villages, he worked with the arab league to celebrate peace, worked with women societies to help villages to grow, did art projects in India, China, Cairo, and many more, while raising his kids and having a successful family. If you want to learn more about Abbas and his work you could visit his site on: http://www.coloursofbahrain.com/abbas-al-mosawi.asp and here: http://abbasalmosawi.info/

What I personally liked about Abbas is his modesty, and his perseverance to help any new comer to the market of art (so to speak); he gives without expecting rewards, he wants to find talent in people and if he did then those will be presented to the public. He offered us the use of his gallery in his house for our project and that is a living proof of what I personally had witnessed.

His home in Bahrain is a living art piece by itself, every window, door, gateway, garden stone, plant, and corner has something to say about Abbas, and anyone can wonder in his gallery which he purposely had built to be in the same plot of land adjacent to his home.  His lovely wife greets the art fanatics like me with love and affection, and I guess her lovely tea is something to reminisce upon while admiring the art projects he is working on every minute of every day. 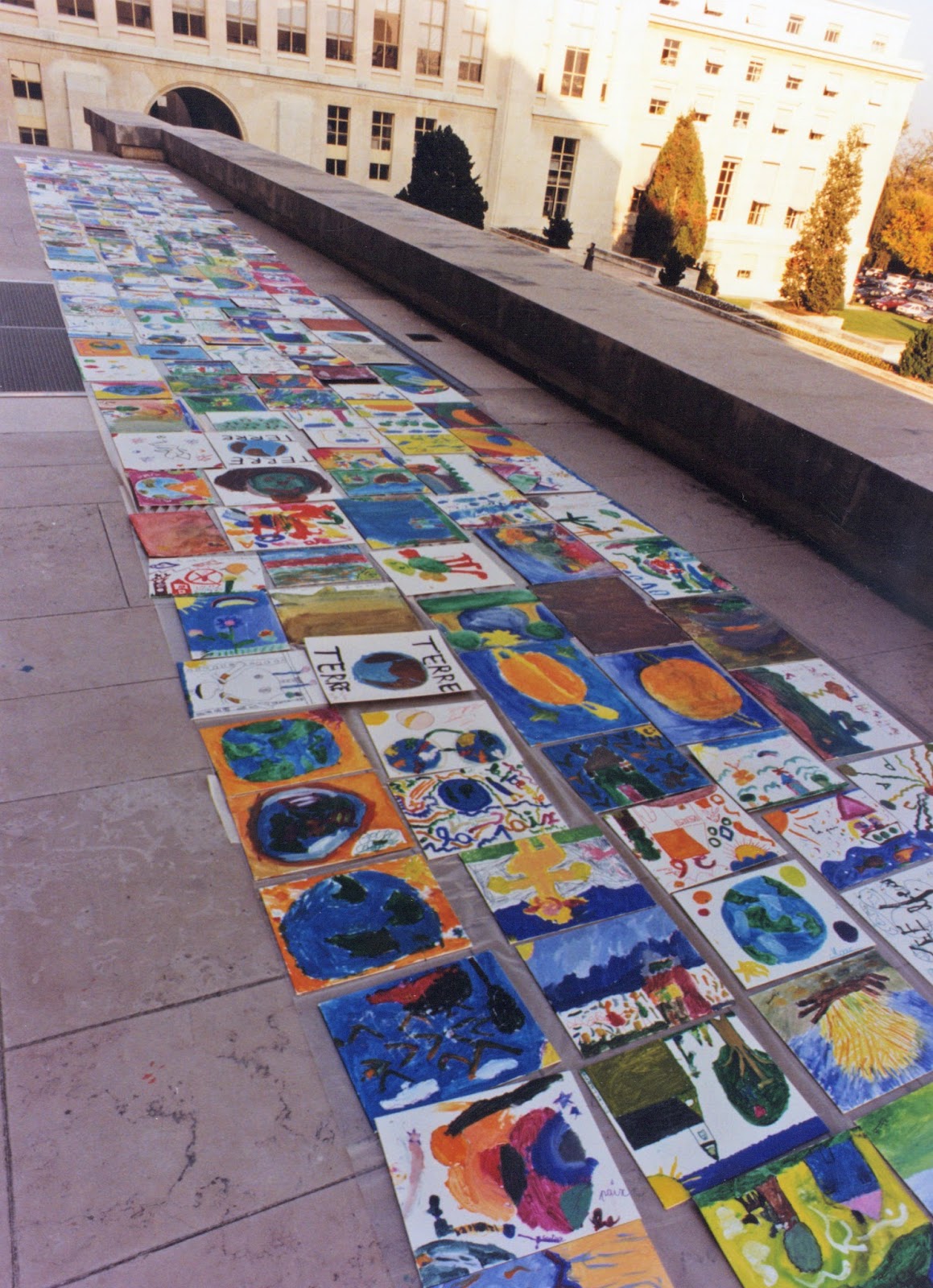 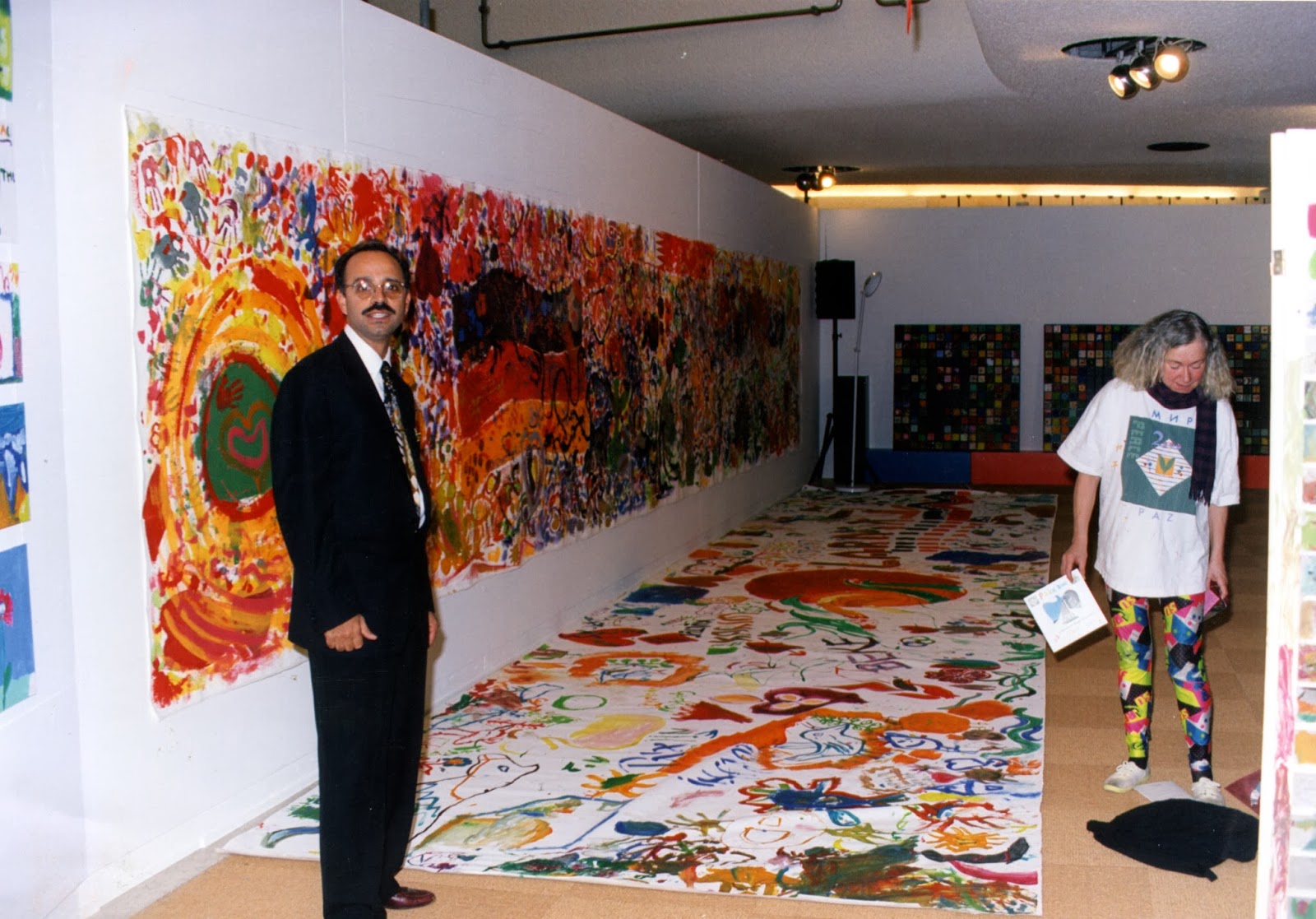 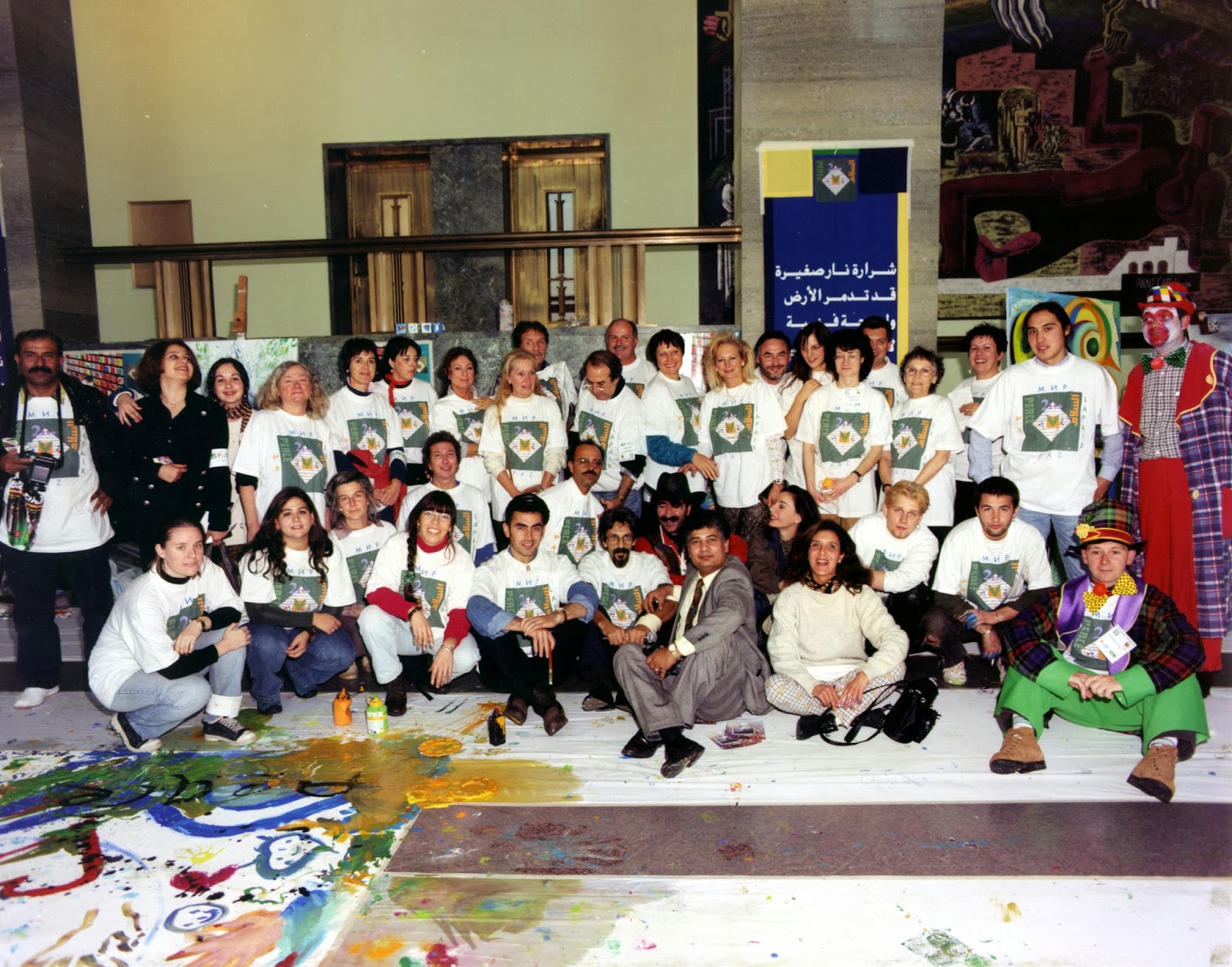 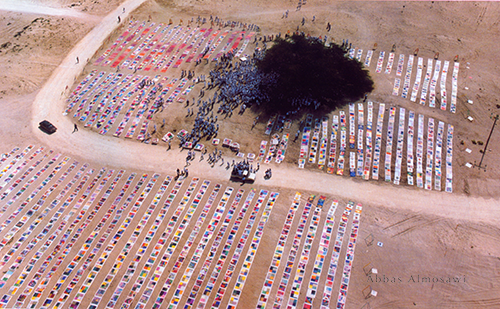 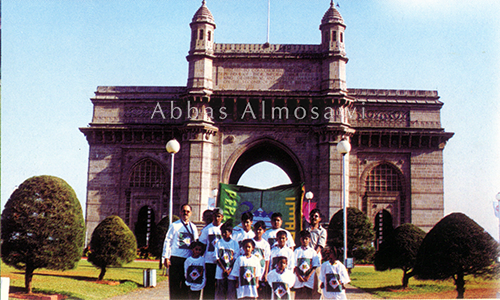 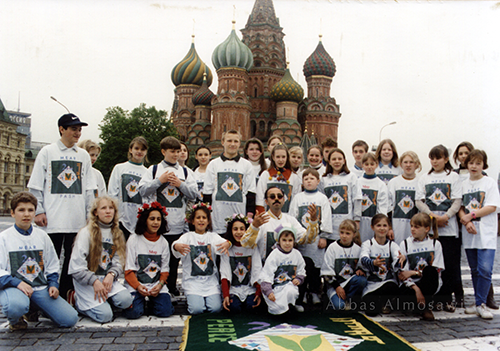 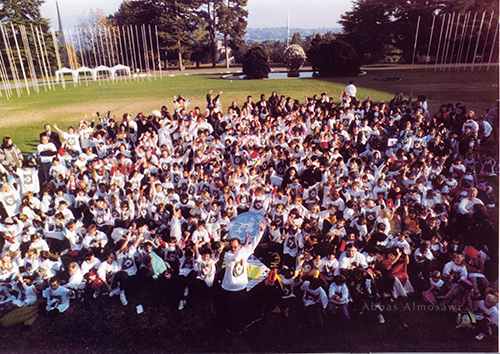 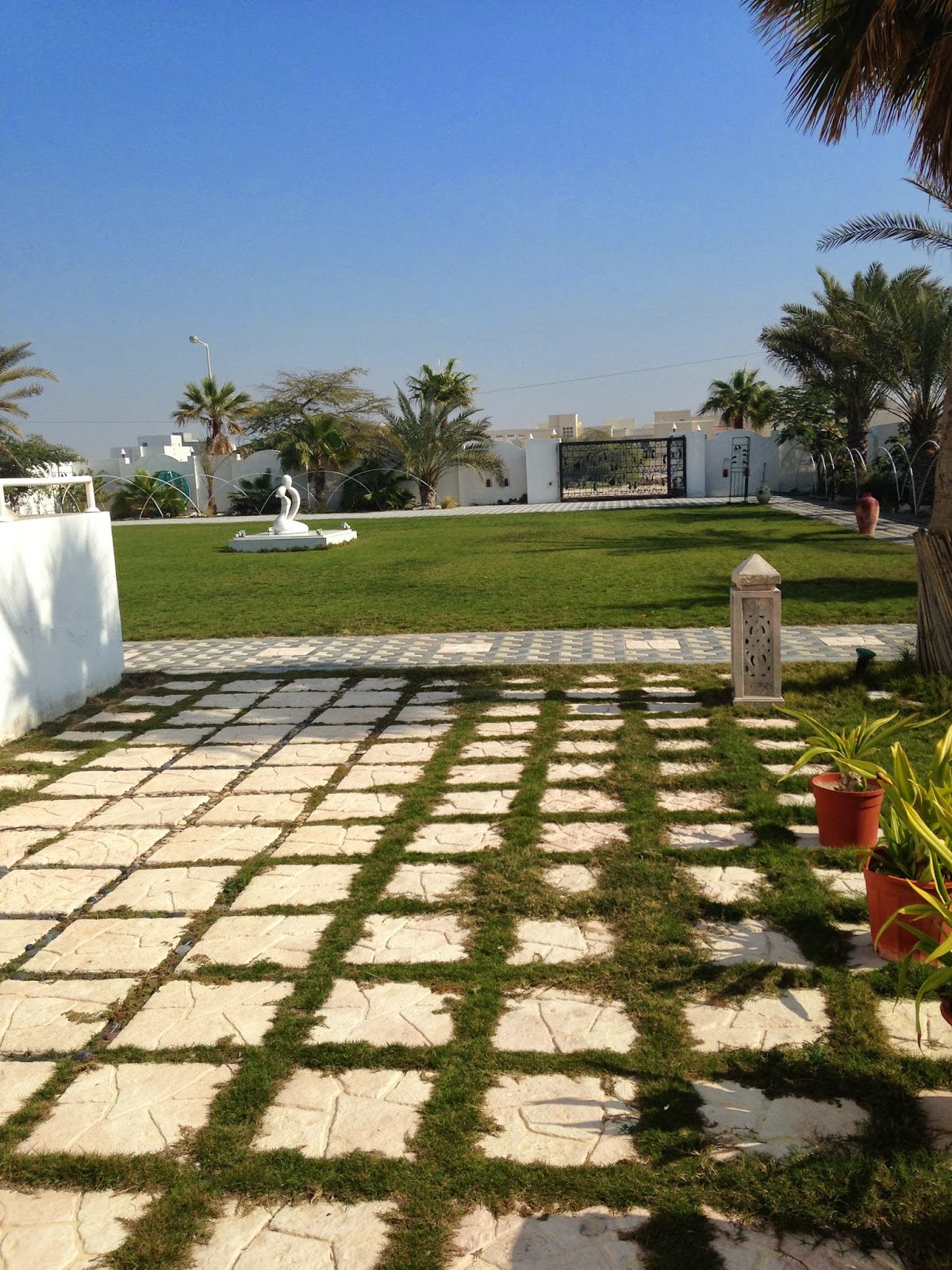 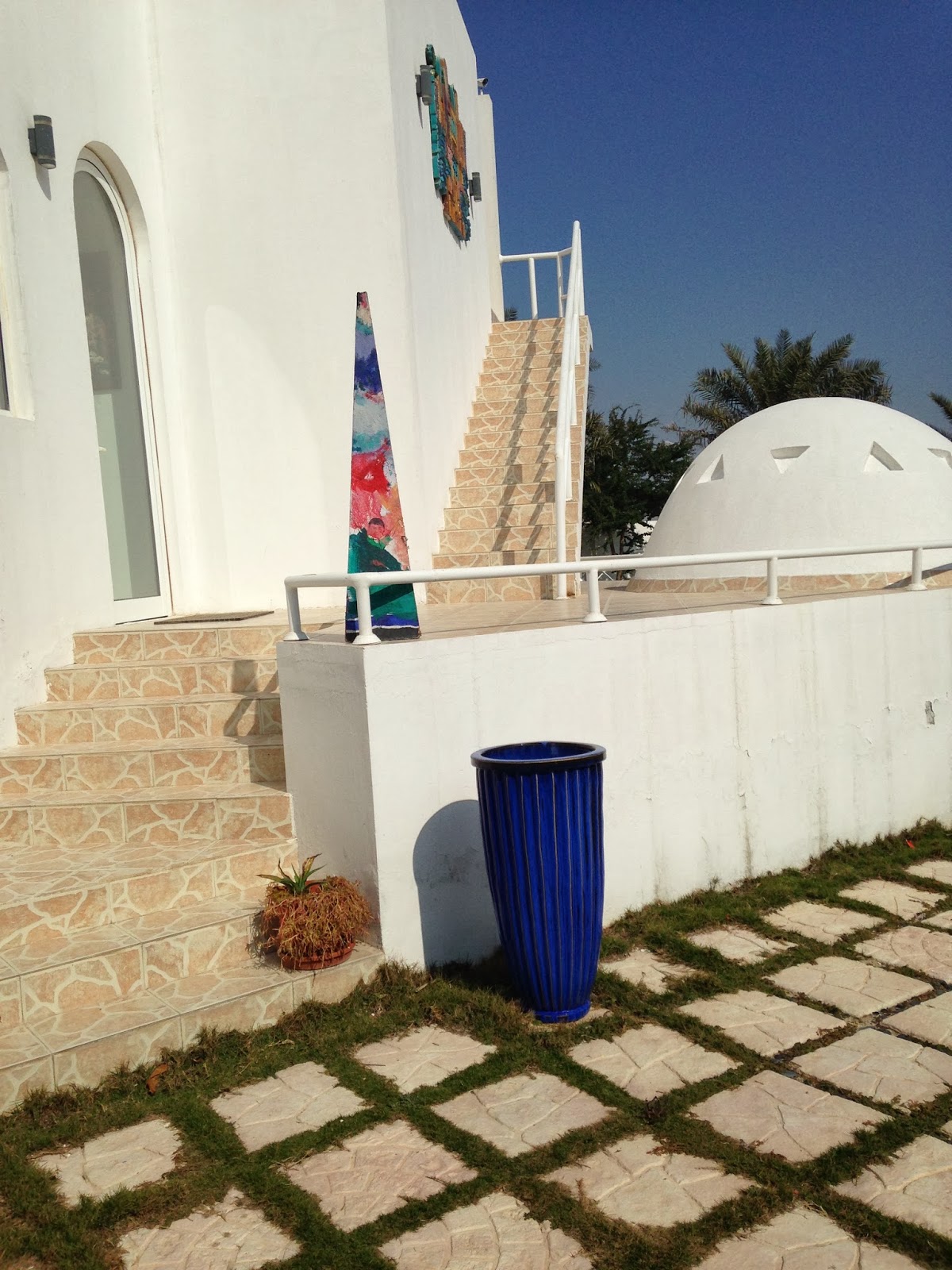 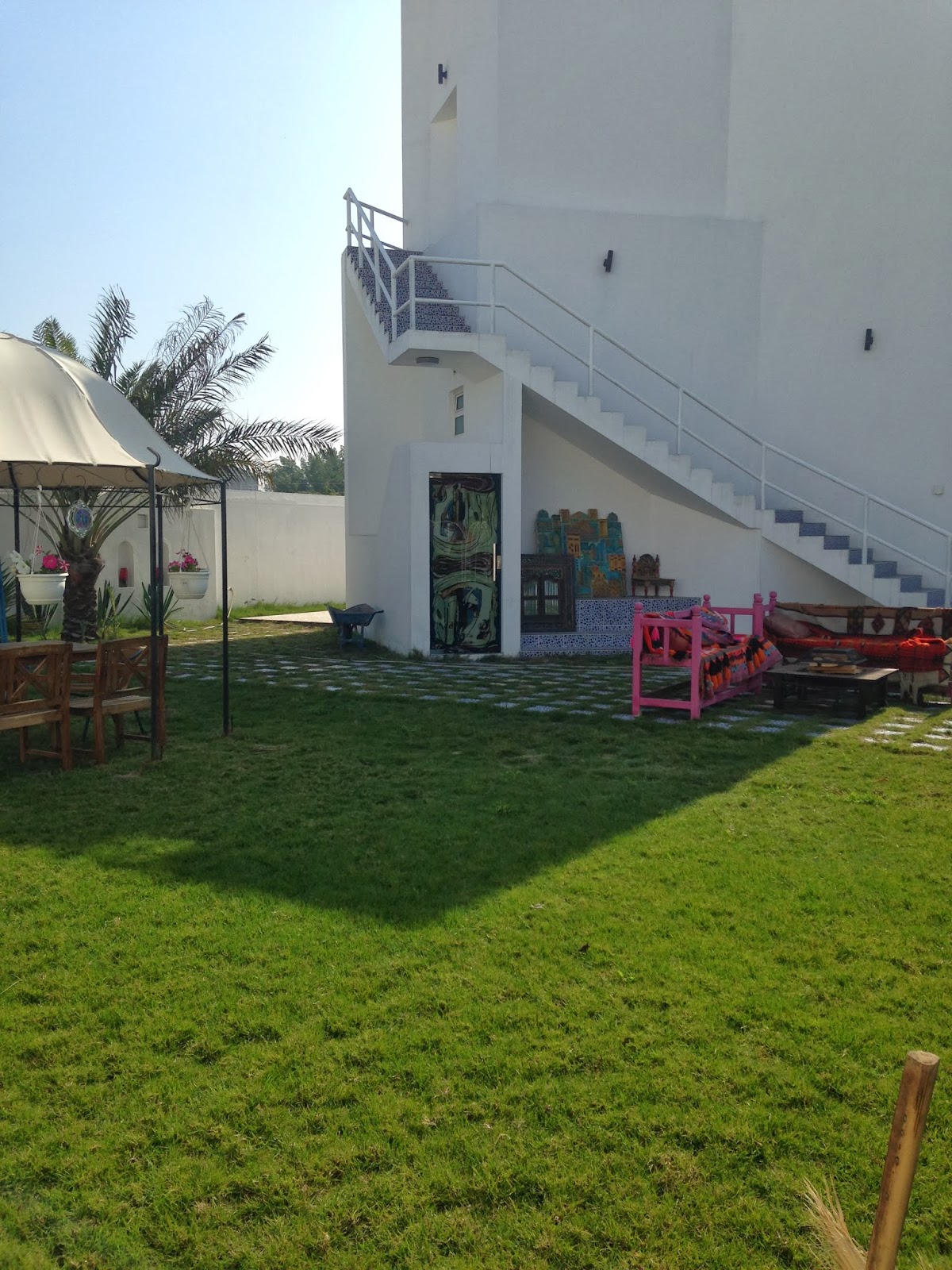 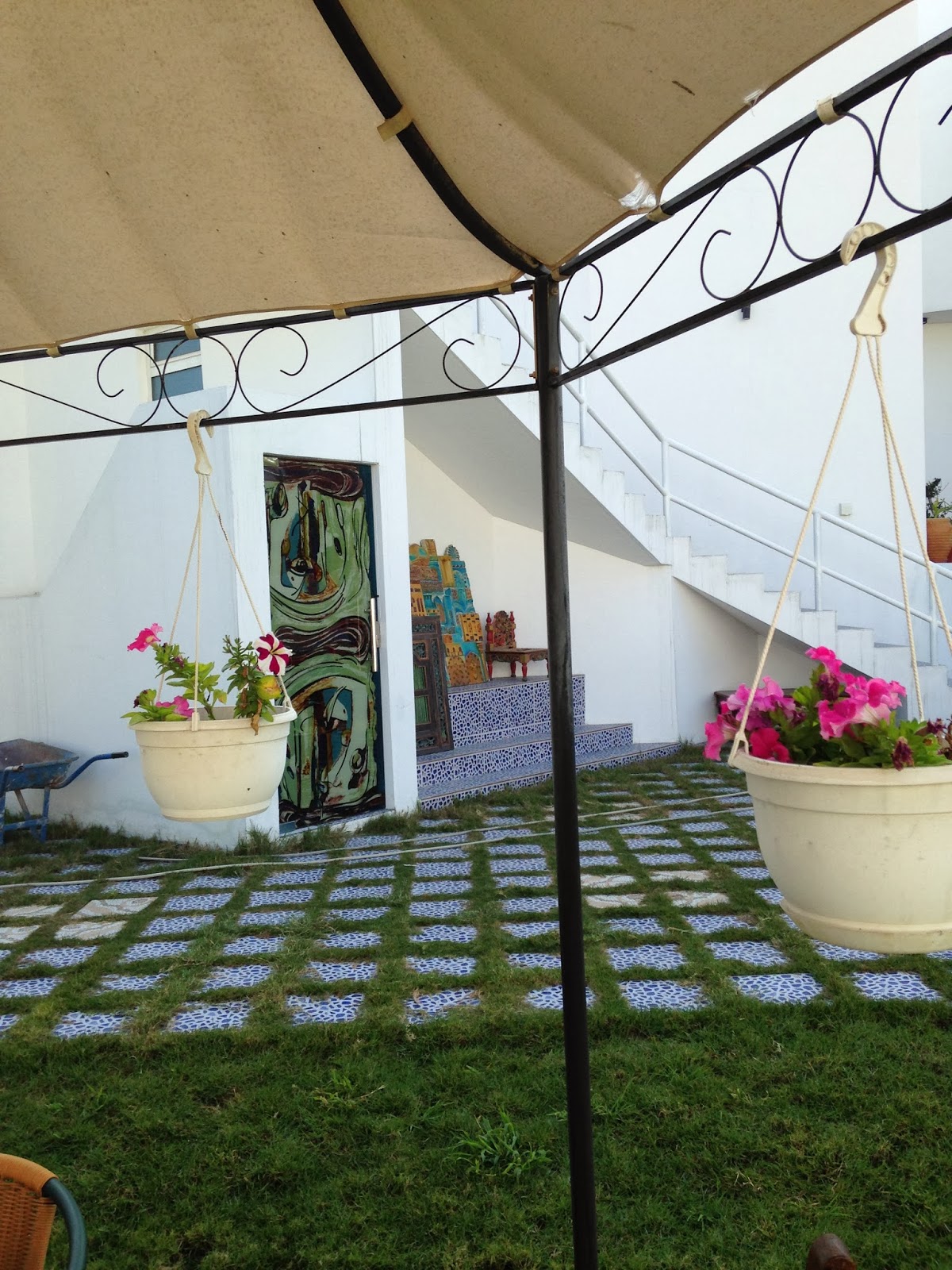 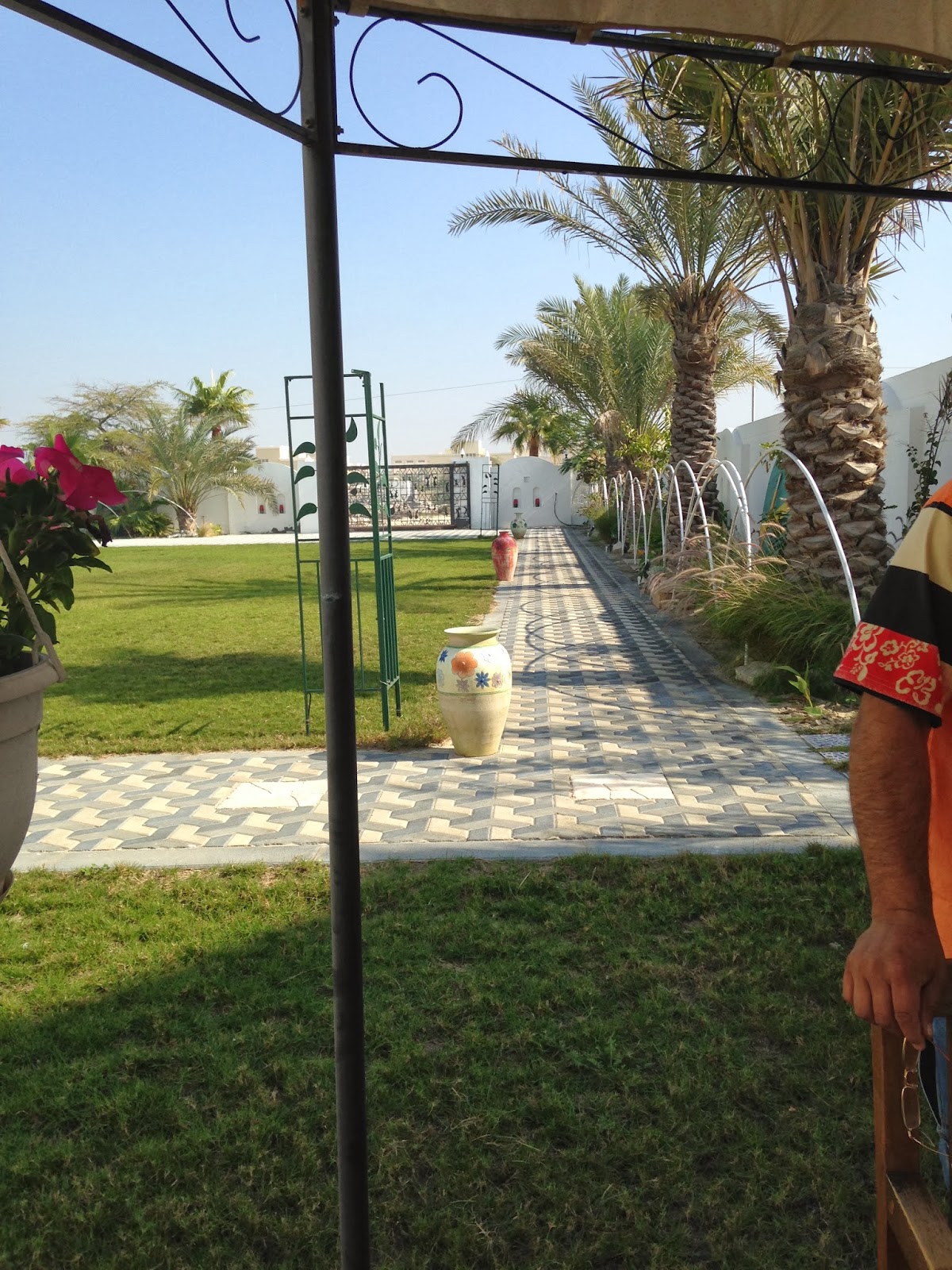 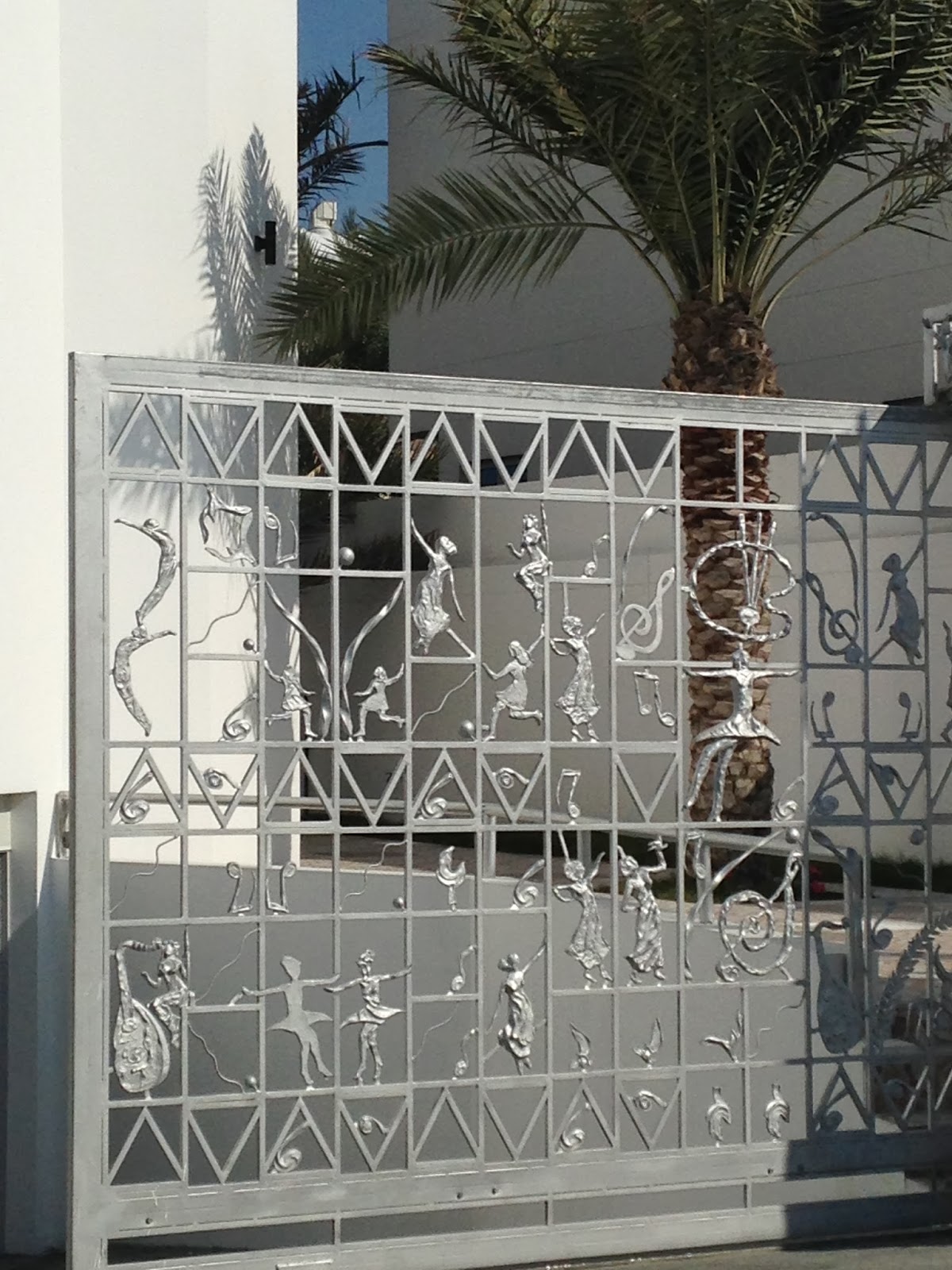 Abbas is categorised as an abstract painter, who uses his environment to draw ideas from,  I loved what the co-author of his book Denice O-dwyer had written about him: "Abbas Al-Mosawi's indefatigable energy and his truly prolific output over the past 25 years have marked him out as one of the key players in the development of Bahraini painting. His artistic disposition is more to do with a variation on a theme rather than with rapture and startling innovation, something that some of the best painters and composers centuries apart have been doing and will continue to do for a long time to come. Al-Mosawi is neither a rejectionist nor a revolutionary, not by temperament, not by training. He is more a sensualist than a conceptualist. He directs his art more by intuition than by calculation. He prefers to paint rather than to have to explain, to suggest rather than to have to argue. For him, the artist, the product, the environment that produced, provoked or inspired it are indissolubly linked"

What I loved about his style that its not stagnant, he uses vibrant colours, the themes are ever changing and the introductions of new methodologies are always evident in his work.

In another blog post i will show you his jump, which by the way is his trade mark.

Posted by suad alhalwachi at 17:54